Microsoft buys Activision 70000 million dollars in a historic operation that will make it "the third largest video game company in the world".

It was confirmed this Tuesday. Microsoft has purchased Activision Blizzard for about $ 70 billion (more than $ 61.5 billion). Activision is the editor in charge of such acclaimed franchises as Call of Duty. The operation has also included the purchase of Blizzard or King, responsible for sagas such as Warcraft or Candy Crush.

If the figure is confirmed, it would be the largest corporate operation in the history of Microsoft and the video game industry. At the moment, the official Xbox website does announce the acquisition of the American multinational. "Creators of Call of Duty, Warcraft, Candy Crush, Tony Hawk, Diablo, Overwatch and others join Team Xbox".

"Over many decades, the studios and teams that make up Activision Blizzard have earned tremendous recognition from billions of people around the world. We are very happy to have the opportunity to work with their amazing, talented and dedicated people," says Phil Spencer, head of the Xbox division.

The news comes just a year after Microsoft turned the industry upside down with the announcement of purchase of Bethesda, for some 7.500 million dollars.

Microsoft's acquisition of Activision Blizzard comes nearly half a year after a lawsuit by the California Department of Equal Employment and Housing broke out. The agency accused the video game multinational of harbouring abuses to employees that included "sexual friction".

The lawsuit was the result of a two-year investigation and although the company's CEO, Bobby Kotick, promised exemplarity just a few days later, the Californian agency updated its lawsuit accusing the firm of having tried to infer in the investigation. In November, The Wall Street Journal revealed that Kotick knew about the firm's reported events for years.

Just this week the same newspaper reported that months after this scandal broke, the company had fired only dozens of employees. However, the demands and complaints of workers at the firm maintained for a long time that the problem was one of corporate culture and much larger than was initially recognized.

Although before the end of the year that anticipated that Activision would report on the actions taken as a result of this work to achieve a healthier and more inclusive environment in its offices, the Journal also notes that Kotick himself stopped that report because some people might think that the problems of the company were greater than they are.

Despite all this situation, the press release with which Microsoft has communicated the acquisition of Activision on Tuesday indicates that Kotick will remain in his position and will report directly to Spencer himself, CEO of Microsoft's video games division.

Minutes after announcing the agreement, Microsoft has organized a conference with investors and journalists in which the CEO of the first, Satya Nadella, its head of Microsoft Gaming, Phil Spencer, and the current CEO of Activision, Bobby Kotick.

Both Nadella and Spencer have made references to the need for Microsoft and Activision to work and build a safe and inclusive culture. Not Kotick.

Nadella, in particular, has referred to Microsoft's culture as “a vital factor". "As CEO, our company culture is my number one priority," he said. "We must continuously improve the experience of our employees and create an environment that allows us to improve every day. That's hard work."

"It's not just talk, it's also action. That's why we believe it's essential that Activision Blizzard move forward with its renewed culture commitments. We support their objectives and the work they are doing, and we also know that after closing this agreement we will also have to make efforts so that everyone can do their job better."

"We are committed to protecting users and empowering our employees. We work for a safe and inclusive culture in which everyone is welcome to play. The success of this acquisition will depend on it," he said.

Spencer, in his speech, said that Microsoft have seen the roadmap of Activision and this is "exciting". He has also assured that the performance of Zenimax (Bethesda) after the purchase by the multinational last year is being good. "I'm excited to be working directly with the teams at Call of Duty, Blizzard, Kings and other studios."

The head of the Xbox division explained that as Microsoft platforms become more attractive thanks to their titles, content creators also access them, which implies that new users arrive and by extension encourage other studios to bet on them.

Microsoft was on the verge of buying TikTok's stake in Anglo-Saxon countries such as the USA, Canada, Australia and New Zealand. Finally, ByteDance, the Chinese owner of the popular short video platform, opted for another candidate. But that attempt showed Microsoft's interest in boosting its consumer services.

Nadella's bets on Azure and professional and business tools have pushed Microsoft away from the consumer technology segment. Xbox is their latest recognizable brand on it. But it is not a small thing: the bets that from the multinational of Seattle are being made for its consoles and ecosystem are increasingly solid.

After last year they acquired Bethesda for 7,500 million dollars, the purchase of Activision on Tuesday is a corporate operation whose value would multiply those 7,500 million by almost 10. There is a reason why all this disbursement is being made and it can be summed up in one word: metaverse.

Mark Zuckerberg announced that Facebook would be renamed Meta in October of last year to create its own metaverse. Since then the term has enjoyed popularity, and Microsoft itself advanced in November that its large franchises would also have 3D worlds to generate these metaverses. Now, their franchises are multiplying thanks to the purchase of Activision.

Spencer himself recognized it. "This deal will make our commitment to the consumer metaverse even stronger."

The operation, if approved, will be closed in 2023. Given its size, it would not be strange for regulatory bodies to raise some doubts for reasons of possible monopoly. Spencer, for his part, assures that with the purchase of Activision, Microsoft Gaming becomes the third company in the video game industry.

Ahead are Tencent and Sony. 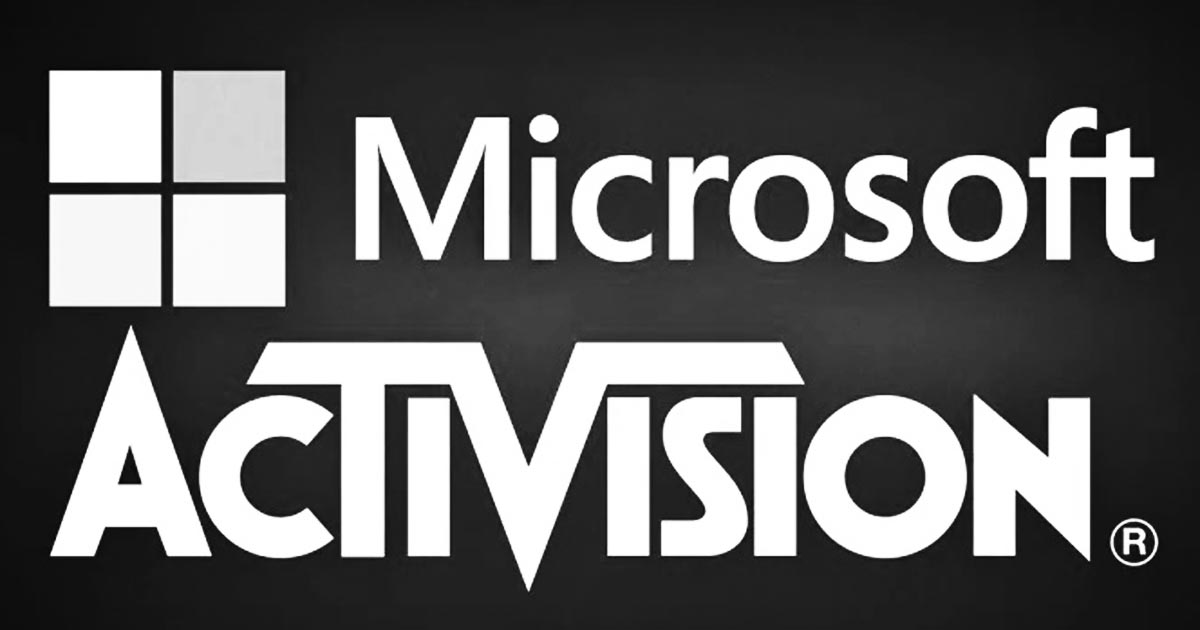